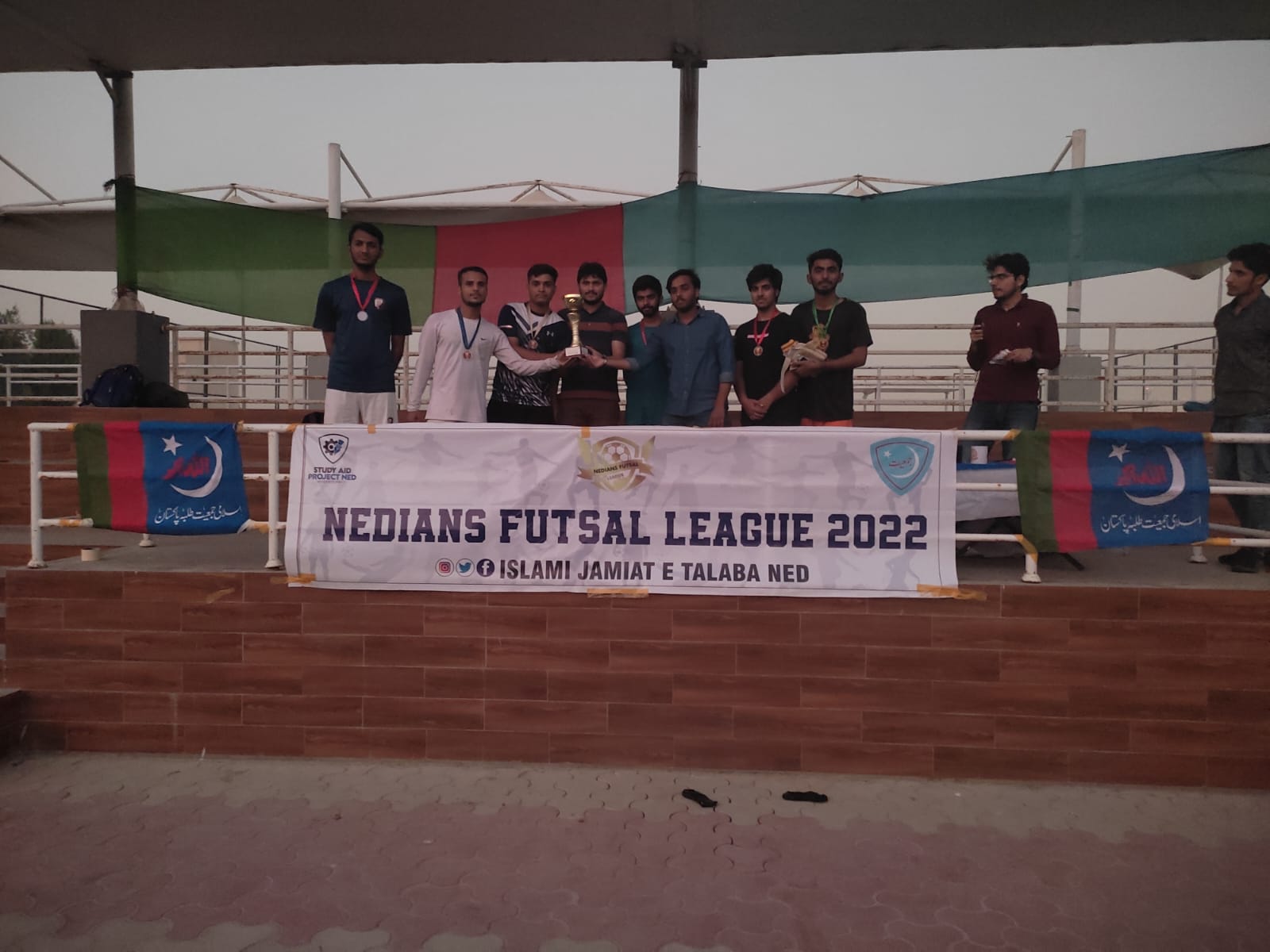 A 3-Day Futsal Tournament was organized under the auspices of Islami Jamiat-e-Talaba NED in which 32 Teams participated. Team Power FC clinched the title of this Futsal Tournament while the Runner-up team was NED X Saxons. Prizes were given to both the teams who reached the final of the tournament. The Winning team of the tournament was awarded Rs 7,000 and trophy while the Runner-up team was awarded Rs 2,000 while Mouvia of Urban FC was awarded the Best Player of the Tournament. On the last day of the Tournament, Nazim Karachi Brother Bilal Jameel, Caretaker Professional Zone Brother Osaid Khanzada and Nazim-e-Jamia NED Brother Syed Areeb Nasir participated. In the Closing Ceremony of the Tournament, Nazim Karachi presented Trophy and Prize Money to the Winning team.